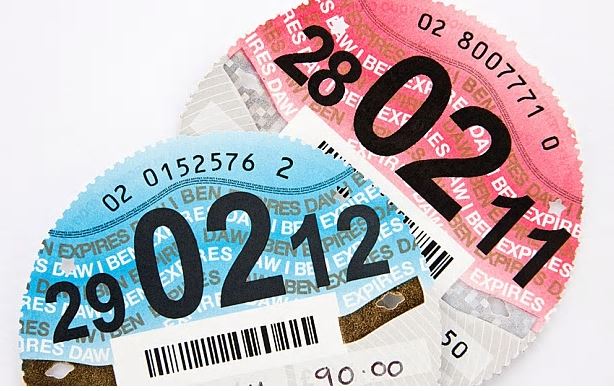 PURCHASE YOUR NEW CAR AT JOHN DARKE LTD BEFORE THE END OF MARCH AND YOU COULD SAVE THOUSANDS OF POUNDS.

In accordance with the wider consciousness of CO2 emissions, the way Vehicle Excise Duty (VED) is calculated will dramatically change from the 1st of April 2017. As these changes will directly affect vehicles registered from this date (and not those registered prior), it’s vital to be in the know – especially if you’re planning to purchase a new car this spring. Your choice of vehicle and purchase date could literally save (or cost!) you thousands of pounds.

Under current guidelines, an estimated quarter of new cars don’t pay any road tax due to falling into VED Band A for vehicles with CO2 emissions of less than 100g/km. With the Chancellor of the Exchequer branding the system as ‘unsustainable’, it has been pushed to change, drastically reducing those who are entitled to free or very cheap tax. This means that drivers will face a very different rate of Vehicle Excise Duty, depending on whether their car is registered before or after the new rate is implemented in April.

CARS REGISTERED ON OR BEFORE THE 31ST OF MARCH WILL NOT BE AFFECTED BY THE 2017 VED CHANGES; SO ACT FAST IF YOU WISH TO AVOID PAYING EXTRA.

SO HOW WILL IT WORK?

Vehicles registered from the 1st of April 2017 will be taxed in accordance with both their list price and fuel efficiency. This is similar to the current method, but beware – the boundaries are tighter and lower, with the costs potentially far higher.

The First Year Rate of tax will be calculated based on the vehicle’s CO2 emissions. From the second year, most vehicles will move on to the Standard Rate of tax; an annual fee of £140 per annum. However, this doesn’t apply to everyone.

There are several bands to determine how much tax you pay, dependent on those critical emissions figures. Everyone who drives a vehicle which emits CO2 will need to pay a charge, starting at £10 for the lowest grade and raising by double, triple or even quadruple, depending on where the vehicle lands on the scale.

If your vehicle has zero tailpipe emissions, you won’t be charged anything under the new VED rates. But, the costs for others can be significant. For example, if your vehicle exceeds the top bar of 255 g/km of CO2, there’s a charge of £2000 for your first registration, and £140 per annum thereafter. This doesn’t just apply to your stereotypical gas-guzzlers; smaller, more economical cars have also been hit hard, with some expected to pay nine times more than the present rates. Hybrid vehicles in particular will experience a significant hike, as they will no longer qualify as tax-free.

To put it into perspective; a small, efficient vehicle like the Ford Fiesta 1.0 Zetec is currently free to tax under the current legislation. But, a model which is registered on or after the 1st of April will cost £120 for the first year and £140 for the standard tax rate from the second year onwards.

How much you pay for your vehicle will also affect your rate of VED. If you purchase a new vehicle with a list price of over £40,000 at first registration, you must pay an additional rate of £310 for 5 years; after this period, the charge will revert to the standard rate of £140.

Under the new guidelines, it’s undoubtedly cost-efficient to own a purely electric vehicle, such as the Nissan Leaf or BMW i3. However, the sector’s premium vehicles over £40,000 will still be applicable to the £310 supplement.

Vehicles covered by the new scheme will include passenger cars with at least four wheels, cars with no more than 8 seats in addition to the driver, passenger vehicles for special use (i.e. motor homes, ambulances, wheelchair accessible vehicles and hearses), as well as vehicles designed for off-road driving. Very few road vehicles are exempt.

VEHICLES INCLUDED IN THE NEW SCHEME

REMEMBER, THESE RULES ARE NOT RETROSPECTIVE, SO VEHICLES REGISTERED BEFORE THE 1ST OF APRIL 2017 WILL NOT BE TOUCHED BY THE NEW TAX BANDS.

THERE’S TRULY NEVER BEEN A BETTER TIME TO BUY, BUT YOU’LL NEED TO BE QUICK OFF THE MARK. SO, DON’T DELAY.

GET IN TOUCH TODAY TO ARRANGE A TEST DRIVE – BEFORE THE ADDITIONAL COSTS SET IN!

This morning ForeFront Training carried out defibrillator training with 7 of our team. Having invested in this lifesaving piece of equipment, we thought it was vital to have staff trained in operating it confidently should the need ever arise (we firmly hope it doesn't!!). ... See MoreSee Less

@SarahAnn0001 @PaulWoodford84 @forduk Hi Sarah Ann , can we be of any assistance to you , if you would care to give… https://t.co/JYrNTr7qJF